The old city of Jerusalem has been surrounded by walls for its defence since ancient times.

These walls have been destroyed and rebuilt countless times. A journey to the old city of Jerusalem often involves a walk along the much-excavated walls.

In 16th century, during the reign of the Ottoman Empire in the region, the Ottoman Sultan Suleiman the Magnificent decided to fully rebuild the city walls on the remains of the ancient walls.

The construction lasted from 1535-1538 and these are the walls that exist today.

The “eye of a needle” referred to by Jesus in the Gospel has been claimed, by some commentators, to be a gate in the wall of Jerusalem, which opened after the main gate was closed at night. 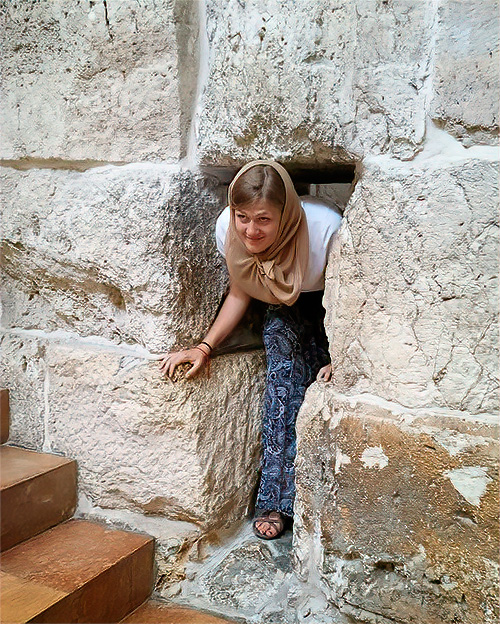 A camel could only pass through this smaller gate if it was stooped and had its baggage removed.

So a travelling merchant wishing to enter the city to trade the following day would have to leave his precious cargo outside the gate, or remove the cargo from the camel and carry it in himself!

This story has been put forth since at least the 15th century, and possibly as far back as the 9th century.

However, there is no reliable evidence for the existence of such a gate.

Whether there was or was not such a gate we may never know for sure, however, it does provide us with a worthwhile metaphor to sit and reflect with.

Am I carrying something that prevents me from entering through the gate?

The wonderful experience is that healing is found at the gate!

Jesus says, “I am the gate. Anyone who enters through me will be safe: they will go freely in and out and be sure of finding pasture.” (John 10:9)