On 20 December 2021, an eruption began on Hunga Tonga-Hunga Ha’apai, a submarine volcano in the Tongan group of islands.

Much of the island of Tongatapu was covered in volcanic ash.

An interesting news item some days following the January eruption mentioned that many residents were collecting the ash from the streets and putting the ash on their gardens!

Volcanic sites are frequently the most fertile sites on earth.

Volcanic ash’s primary use is that of a soil enricher.

Once the minerals in ash are washed into the soil by rain or other natural processes, it mixes with the soil to create an andisol layer. This layer is highly rich in nutrients and is very good for agricultural use; the presence of lush forests on volcanic islands is often as a result of trees growing and flourishing in the phosphorus and nitrogen-rich andisol.

It triggered a memory of my own from my childhood; the home I lived in had an open fireplace which was used extensively throughout the chilly winter months.

When cleaning out the fireplace the residue ash was frequently spread onto the garden. Apparently, wood ash is an excellent source of lime and potassium for the garden.

Not only that, using ashes in the garden also provides many of the trace elements that plants need to thrive.

If you have been watching the Winter Olympics from Beijing, you may have noticed that at each venue being used the participating nations’ flags flutter on poles.

One such flag belongs to the Republic of South Korea.

There is within the design of the flag a red and blue circle in the middle of the flag. The circle is divided into two parts, each of which resembles a comma.

The classic Chinese symbol is drawn in black and white – Yin, is the dark side and Yang is the light side. Interestingly each has an “eye” of the other as a part of their form.

The yang and yin together form the tao in Chinese philosophy, signifying the perpetually changing opposite yet complementary forces or principles embodied in all aspects of life: light and darkness, good and evil, active and passive, masculine and feminine.

The thick round part of each comma represents the beginning of all things, and the tail section represents the end so that where the yang begins, the yin disappears and vice versa.  [Hold onto this image as you read this morning’s Gospel – as I begin to love my “enemy”, the “enemy” disappears/reappears as love!].

The symbol and philosophy it represents is found in the I-Ching, or The Book of Changes, one of the oldest Confucian classics on Chinese cosmology. (Exact dating is not easy, however its compilation in its current form is dated to the last quarter of the 9th century BC.

A copy of the text in the Shanghai Museum of bamboo and wooden shoots shows that the text was used throughout all levels of Chinese society in its current form by 300 BC.

Yin and Yang are viewed as two basic opposing forces – complementary opposites. Everything is imagined to have both Yin and Yang aspects which constantly interact.

In the West, the I Ching was discovered in the late 17th century by Jesuit missionaries in China.

If we pause for a moment and consider that the enemy may not be “outside” of me, may not be the “other”, rather is in fact my own self – you know those parts of me I keep stored away in a closet, hoping only I have a key, only to find the person holding up the line at the supermarket, or the person who has not done their allotted task on time, or the young mother coming in late to Sunday Eucharist with a snivelling and crying child, or old John O’Grady  who always seems to drop the kneeler on the concrete floor from a height of 6ft – each of these seems to have somehow found a key to my closet, or maybe (surely not!), I left the door unlocked and slightly ajar!!

Those familiar with the parable will recollect the servants’ question to the householder, ‘Do you want us to go and pull them up?’, and the reply, “‘No,’ he answered, ‘because while you are pulling the weeds, you may uproot the wheat with them.

Let both grow together until the harvest.

At that time, I will tell the harvesters: First, collect the weeds and tie them in bundles to be burned; then gather the wheat and bring it into my barn.’”

The weeds and wheat are complementary opposites (yin/yang) best left to grow together. 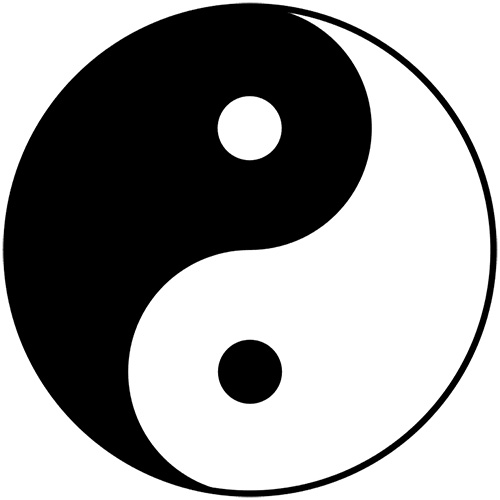 A mission statement is used by a company or an organization to explain, in simple and concise terms, its purpose(s) for being.

It is usually one sentence or a short paragraph, explaining a company’s or organizations culture, values, and ethics.

Let’s say for example that I founded a company that made steak knives; the mission statement would be something like : “SharpNTasty, we make knives so you can enjoy your food.”

The culture, values and ethics are in fact in the very name of the company; its purpose is stated concisely, namely making knives.

Mission statements ran rampant among religious organizations, Churches and Religious Congregations; they were posted on the doors of the Church, both outside and inside, they formed the headline banner for letterhead on correspondence.

As you are reading this consider, does your Parish, Congregation have a Mission Statement?

Do you know what it says?

And therein lies the problem – most, that I am familiar with a too long, and too flowery!

It is as if we need to make it sound all holy!

The best Mission Statement for a Church I have ever seen was the one for Calvary Chapel, Ft. Lauderdale, Florida.

It is two words – “Making Disciples”.

What more needs be said?

A couple of Sunday’s back, (Week 3 of Ordinary Time), we heard Jesus proclaim his Mission Statement. Quoting from Isaiah Jesus read, “The Spirit of the Lord is upon me, because he has anointed me to bring good news to the poor.

“He has sent me to proclaim release to the captives and recovery of sight to the blind, to let the oppressed go free, to proclaim the year of the Lord’s favour.”   (Lk. 4: 18 -19).

There it is; clear, concise, short sentences.

Many companies and organizations (religious included) have also what they call a “vision statement”.

How do the two differ?

A Mission Statement defines the company’s or organization’s business, its objectives and its approach to reach those objectives.

A Vision Statement describes the desired future position of the company, or organization.

This Sunday’s Gospel (Lk. 6: 17, 20 -26) which we know as The Beatitudes, provides us with the ‘future position’ of the company/organization, namely, “the poor are blessed, the hungry will be filled, those who weep will laugh, those persecuted will leap for joy.” 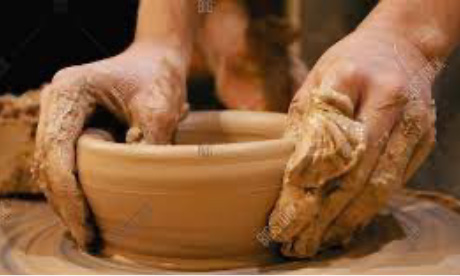 The illustration is of a disciple being under construction

It is not you that shapes God
it is God that shapes you.
If then you are the work of God
await the hand of the artist
who does all things in due season.
Offer Him your heart,
soft and tractable,
and keep the form
in which the artist has fashioned you.
Let your clay be moist,
lest you grow hard
and lose the imprint of his fingers

There’s no swiping right on Tinder for the animal kingdom. Instead, many species of wildlife must risk life and limb to find a partner so they can breed and avoid extinction.

Over five episodes, David Attenborough’s The Mating Game turns the spotlight on the sex lives of creatures big and small.

The mating rituals of wildlife from termites, worms and spiders to humpback whales, zebras and giant pandas are exposed in this latest documentary, recently aired on TV1 on Sunday evenings.

From grasslands to the ocean, from jungle to freshwater, and at times against all odds, the viewer witnesses bitter rivalry, ingenious strategies, and quite spectacular rituals.

The documentary captures the extraordinary lengths – dramatic, unexpected and, sometimes, comical – to which creatures will go in their desire to find a partner in habitats from every corner of the globe.

The documentary also turns the spotlight on some mating strategies that are so extreme that they have no connection with anything else.

Commenting on the mating ritual of the hairy angler fish, Attenborough comments, “The female takes the male, which is very small, and the male clings on to her, and the two fuse so that they become one, and their very blood circulation is shared between them. The male is reduced to a sperm-producing mechanism, but it’s served its purpose because it has brought a different set of genes into the gene pool. “

Attenborough comments, “all life is driven by the need to breed”; in that breeding is the continuation of the species.

The documentary excluded one of the biggest groups of the animal kingdom! Humans.

It appears that we can sneak in with our long-distanced lens cameras and observe a giant toad copulating, a male and female ostrich engaged in an intimate pre-mating dance, and on the plains of Texas be absorbed as a dominant wild turkey is aided by his less impressive brothers who help keep rival males at bay whilst the top male turkey secures as many mates as possible.

And none of this “watching” is considered ‘voyeurism’; I, and no doubt many others sat watching as other species were engaged in copulation!

So, what makes this animal (humans) insist on privacy, the lights out, the door closed, the sheets covered over, while zebra, and the ostrich engage with one another on the open savannahs of Africa, spider and tamarin monkeys mate with one another in the jungles of the amazon, and humpback whales call to one another off the coastline of Hawaii.

Maybe it is because we have a different name for The Mating Game; we call it Love-making, and while many species of wildlife risk their life and limb to find a partner, and copulate – it is for the sake of the species; they breed in order to survive. For the human, animal species, the preservation of the species is not the uppermost intention of a human couple lying together, rather it is the most intimate way of saying to the other, “I love you” and that is confirmed by the intimacy and immediacy of the physical act of intercourse.

An intriguing aspect of the documentary was that while precoital rituals were at times extravagant, once coitus had been achieved, separation was immediate, the ground squirrel was back to its hole in the desert of Morocco, both male Zebra stallion and mare resume their grazing on the grasslands, and the chimpanzee and gibbon were off looking for the juiciest of branches.

For many couples, the postcoital lying in each others arms, the gentle touch of skin on skin, the “pillow talk” continues the ‘love-making’. Humans in fact, don’t mate; humans love. 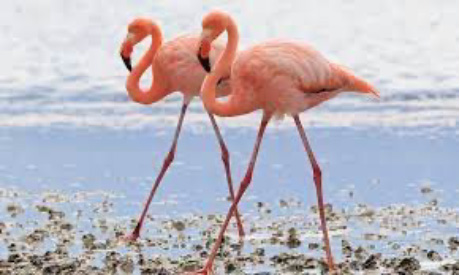 The illustration is of Flamingos. Flamingos have a staggering 136 moves that they display in order to attract a mate, according to new research.