The story of the rich man and the poor man named Lazarus (Lk. 16:19_31) is sometimes referred to as Dives and Lazarus.

In St Luke’s account, the rich man is nameless.

The name given to him, “Dives,” is a translation of the Latin word for rich.

The rich man in the Gospel is not known by his proper name but rather by his wealth.

A wandering monk went to visit another monk in a neighbouring village.

He set out on foot. However, the journey took the monk longer than he anticipated, so at the end of the day, as night fell, he settled down to sleep under a tree for the night. 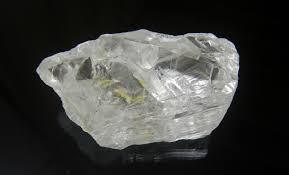 The monk had just spread out his bed when a villager came running to him and said, ‘Give me the precious stone.’

‘What stone are you talking about?’ asked the monk.

‘Last night, I had a dream, said the villager, ‘that if I went to the outskirts of the village at dusk, I would find a monk who would give me a precious stone that would make me rich forever.’

The monk rummaged in his sack, found a stone and took it out.

‘This is probably the stone you are talking about,’ he said, as he handed it to the villager.

‘I found it on the forest floor a few days ago. You are welcome to it.’

The villager took the stone and gazed at it in wonder.

It was a diamond, the largest the villager had ever seen.

He took it home with him.

But all night, he tossed about in his bed, unable to sleep.

Early the next day, he went back to the outskirts of the village and found the monk.

He said to him, ‘During the night, I was unable to sleep, and I have done a lot of thinking. You can have back the diamond and instead, give me the kind of wealth that makes it possible for you to give this diamond away so easily.’

The richer a person’s inner life, the simpler becomes their outer life; the less they need or want.